JUDY WOODRUFF: Turkey's President Recep Tayyip Erdogan said today that he wouldn't agree to President Trump's request to declare a cease-fire in Northern Syria. The political map of that area has been redrawn since the U.S. military began withdrawing in the last few days. Nick Schifrin examines how one city, Manbij, represents how profound the consequences of that decision could be.

NICK SCHIFRIN: The story of Manbij is the story of the Syrian civil war, and a city that achieved hard-fought stability is becoming Syria's most contested battleground. In 2012, Manbij residents joined nationwide protests and called for the overthrow of Syrian President Bashar al-Assad. They took over the city. In 2014, those rebels lost the city to ISIS. An English-speaking ISIS fighter filmed celebrations downtown.

MAN: You can see it's beautiful. All the brothers are here. We are celebrating. Alhamdulillah. 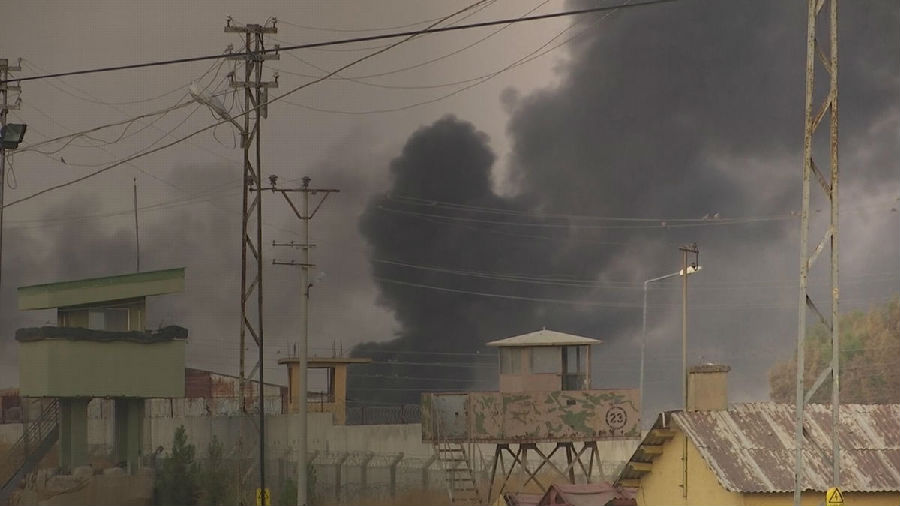 NICK SCHIFRIN: In 2016, the U.S. fought back. American and European airstrikes targeted ISIS fighters, and U.S.-backed majority Kurdish forces provided the ground strength. The fight was difficult, and many Kurds died. Months later, the city was liberated, but decimated. ISIS' paint had barely dried, but the Manbij military council met in this small room to plot the city's recovery. Slowly, life returned, assisted by U.S. troops who arrived in 2018 as part of a strategy to stabilize cities to prevent ISIS' return. The top U.S. general in the Middle East even toured a revitalized market without body armor. U.S. troops conducted patrols with Kurdish partners to try and maintain that stability. By this past January, Major General Jamie Jarrard proudly received a Kurdish flag and hugged Kurds he called his partners.

NICK SCHIFRIN: The U.S. military also established joint patrols with Turkey. But, in the last week, those patrols ended. Overnight, the U.S. started to withdraw, and the free-for-all began. From the north, the Turkish military is advancing toward Manbij and vows to seize control. Their offensive has already wounded and killed civilians. From the south, Syrian TV showed Syrian troops entering Manbij for the first time in seven years. And in the middle, those are Russian troops, who today announced they are keeping the peace. On Facebook, a Russian journalist showed off a U.S. base completely abandoned. Manbij's future is unclear, but what is clear, it won't be controlled by the U.S. or its partners.